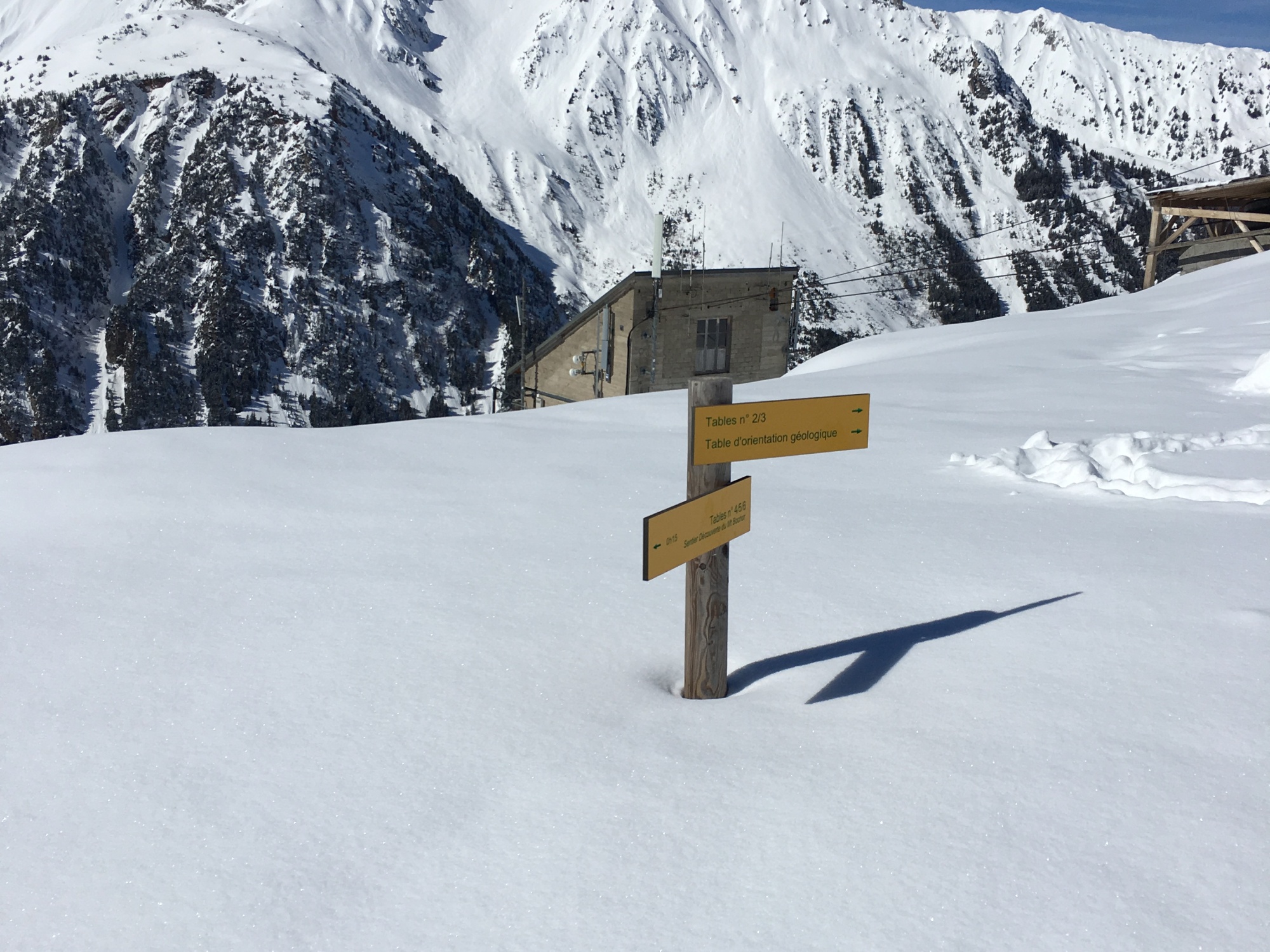 I haven’t written much lately because there hasn’t been time to write, but also because I am having a hard time finding the humor in things, to be honest.  And I am here to entertain you, not to whine.  Eventually, like all things in life, the frustrations will fade and we’ll just be left with the laughs, but at the moment, there only seem to be Gordian knots to untangle.  In the last few days, to give you a sampling, we’ve continued purging and sorting to get ready for the packers to come on Monday (we arrived in the U.S. with a 40 foot container and we’re leaving with a 20 foot container) while keeping the house in showing condition (and actually taking the precious time out to show it a bunch of times).  I’ve been served by my unreasonable ex-husband who wants money and custody and the kitchen sink, and spent a half day with my lawyers as a result.  I managed to get the wire out to France with the capital for our corporation even though our local BB&T branch seemed to have never done a wire transfer before.  We also spent yesterday morning working with the French lawyer on the articles of incorporation for our company (which isn’t really a negative but just exhausting to my French-challenged brain), and belatedly entered into a forward currency contract to hedge against the burgeoning trade war and sinking dollar, while watching the TV anxiously about the latest tweets.

We’re also trying to get one piece of paper out of the French consulate here to complete our customs package so that we won’t owe any duties on our household goods when they arrive in France in a month.  When Dominik hung up with the clerk this morning, he turned around and told me that the she insists that I am required to have a French visa.  If you were to rank my worst nightmares, this would be right up there.  I’ve had a long-term French visa before, and I know what I had to do to get it and how many months that took.  Besides there simply not being enough time left, it’s legally incorrect.  As the spouse of an EU citizen moving from a country that has a visa agreement with France, not only am I not required to have one, but when I started the visa application on the embassy website, it wouldn’t let me continue because it says I don’t need one.  However, this clerk says that I must have a visa in order to get the customs paperwork.  Dominik has been trying all day through other phone numbers and email addresses to get to someone else at the consulate in an effort to do an end run, but all roads lead back to this clerk, a one-person department.  I’m not ready to laugh about this yet.

[Victorious update:  The consulate has conceded that I do not, in fact, require a visa, and they will now issue the certificate of change of residence, after we submit about ten pieces of additional documentation and personally visit the embassy, but this we can do.]

Then there is Drunk Jerry, who is responsible for shipping Fay to France.  I can laugh about Jerry because he is equal parts enraging and entertaining.  He is the cheapest of his kind, and is perfect for us for that reason.  We don’t need help with the USDA (our pets already have EU pet passports); we don’t need guidance on how to get health certificates.  We don’t need customs explained to us.  But Lufthansa has stopped taking cargo reservations from individuals and will only accept them from licensed pet (freight) forwarders, so we need Jerry.  Jerry seems to always be drunk, although there is a predictable parabola to his condition that makes mid-morning the sweet spot for dealing with him.  He seems to really enjoy long daily conversations regarding things like the crating challenges of Fay’s behomoth size and the relative merits of the Munich airport compared to Frankfurt.  He doesn’t listen much, which is at the same time a good thing and a bad thing — you can get a lot of work done online while Jerry is talking, but it is difficult if you need to convey any actual information.  “FORTY FOUR INCHES, JERRY.  SHE’S FORTY FOUR INCHES TALL.”  I could tell that I was wearing a little thin when the last time I talked to him, I found myself shouting into the phone, “I don’t know, Jerry.  I don’t know how I can make there be a phone number for me on the other side that doesn’t have a US prefix. My phone works over there, and I will answer it, but if they won’t call it, then I can get a phone as soon as I land, but I can’t tell them now what that number is going to be.  I CAN’T SOLVE ONE MORE UNSOLVABLE PROBLEM TODAY, JERRY.”  He hasn’t called back since.

But I decided to write today because I had a small victory.  On the bajillion-item long to-do list is one line that says, “Sell Pilot.”  This looks simple, but that’s misleading because this task is actually composed of multiple subparts, like Dominik detailing the car to get the dog spit off the ceiling and mulch out of the cup holders.  Also, I needed to finally track down the title that I never got from Honda Finance when we bought it out of the lease.  So before I left for New York, I called the State Department Federal Credit Union (who has it financed) to see what I needed to do about the title so that I could sell it.  In Alabama, if your car is financed, you have a different color title and you can sell it, take the proceeds, pay off the loan, and apply for the new title in the new owner’s name in one transaction.  It turns out that in Virginia, there is a mandatory 10 day waiting period between when you pay it off and when you can receive the title from your former lien holder, so there’s no way to sell it because you don’t have the title.  I still haven’t figured out how anyone sells a car in Virginia.

But that’s not the point, believe it or not.  When I called the credit union the first time, I told the guy my story and he pulled up the account.  After a few minutes of silence, the unexpected response that I got was, “Uh oh.”  What uh oh?  “This is a problem,” he said.  The credit union apparently never perfected its lien and got the title from Honda Finance.  He needed time to research it, and then he went on vacation, as two weeks of our remaining time ticked away.  I finally reached his supervisor yesterday, and she promised that she would call me today to let me know what to do.  She was good to her word, and so this afternoon I went to the credit union to sign the paperwork so that they could submit it to the Virginia DMV, which is more horrible and terrifying than most state DMVs.

I was sitting there all depressed signing the paperwork when I asked, “I don’t guess you have any idea how long the DMV is going to take to process this?”  He replied no [of course not], there’s no way to expedite it [give up now].  I told him that I just don’t know what was going to happen if May 1 comes and this car was still sitting here unsold with no title.  He replied, honestly, “There’s no telling, because the State DMV [Satan] has it’s own whole process for perfecting a lien [all is lost].”  But a little bell went off in my head — wait, did you just say perfecting the lien?  He said, “Yes, the lien.  We never perfected the lien.  We got the title from Honda last week.  I have it right here.”

Yeah, it’s right here.  But I can’t give it to you because there’s a lien, you know [idiot].

Um, I know, but I’m going to pay it off, remember?  Can I just give you the payoff right now and you give me the title?  You don’t need to perfect the lien if I pay it off, right?  I mean, what’s the point?

Okay, that would shorten things up a lot.  I can give you the title 10 days from now if you pay it off today.

So I wrote him a check for $15,000 and on April 19, I get to pick up the title and then list it for sale, which gives me exactly 11 days to sell it before we get on the plane.  So one thing actually went better than expected.

All in all, things keep cranking along, and these are just the things that have to be done to get there.  Dominik keeps saying that one day we’ll look back at all of this and laugh.  If not, at least we’ll always have Drunk Jerry.