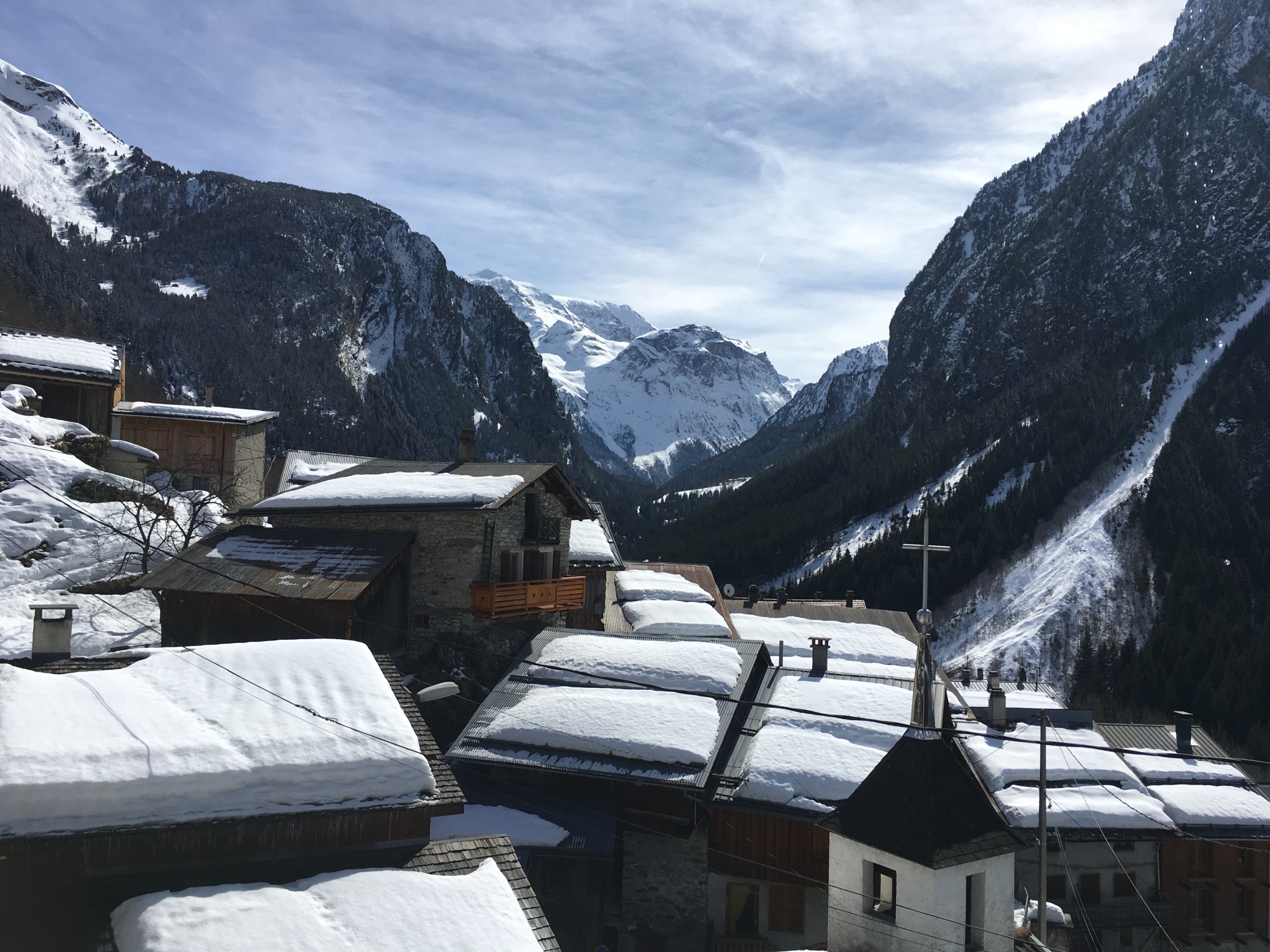 I have always had issues with commitment.  Not with making a commitment; I seem to do that just fine, and maybe even tend to over-commit.  What I don’t seem to be able to control is contingency planning.  I think I got this from my Mom, because I have memories of her doing what she called “awfulizing” — envisioning worst-case scenarios, and planning accordingly.  She taught me to expect the worst while hoping for the best.  That is the darkness in me, the pessimism that my husband is always pulling towards his perma-positivity.  It’s the classic yin and yang: complementary opposing forces that together make a whole.  In that way, it’s very functional — my realism balances his blind optimism; his faith balances my awfulizing.

So I’m fundamentally a hedger.  I don’t have any problem going forward with Plan A, and give it everything I’ve got, but there is always a Plan B, and usually a C and D and F.  Just in case.  The process of deciding to move to France was a gradual one; you can’t really put a finger on a date and say, “That was the day we decided, sitting at dinner on January 15th.”  I angled into it, mentally testing the waters, running feasibility studies, poring over different businesses’ financial statements.  Watching my boys and assessing where I thought they were in the curve of growing up, whether they had reached escape velocity yet.

We went to France in February to look at restaurants that were for sale; that trip felt more like a vacation.  And looking at businesses felt more like make-believe.  To be honest, when I would stand in someone else’s kitchen and imagine getting plates out all night, I felt more like an impostor than anything.  It was exciting, but not really quite real yet.  When we went back for the second trip in March, I still hadn’t told the boys because I still wasn’t sure, even though we were traveling there to sign a contract to buy a restaurant (and unexpectedly, a house as well).  In the three weeks between the trips, I took the administrative law judge exam and continued to interview as if maybe, just maybe, I might stay.  It was a little schizophrenic, but the hedger in me needed to hang on to all of the possibilities for as long as possible.

I always have my eye on the exit door, literally and metaphorically.  At a concert or event, I’m the one in the back row right by the door.  I changed jobs in my career often and easily, the only common reason for doing so each time being that there was always a reason.  I’ve always been risk tolerant and see change generally as a positive, since usually I’m the one who has wrought it.  I can see now how I continued to do this over the last few months, watching the exits as I always do, waiting to see if something might change my course.  Maybe we wouldn’t get financing on the restaurant.  Maybe someone would offer me my dream job five miles from my house.  Maybe I would wake up one day and know this was the wrong thing to do.

I had a nightmare the night before the packers came.  I dreamed that Dominik left me and I thought, well, at least all I lose is the deposit.  Even in my subconscious, always hedging.

But sometimes in life, you have to commit.  Seeing all of what’s left of my worldly possessions drive away in that container today, I was surprised to find myself so upset that I ran out the back door.  I ran away, as far as I could, which was to the back fence.  Not so far in the scheme of things.  I stood there staring at the yard of the house we used to live in next door, where a faded Christmas tree still lay behind the shed, a Christmas tree that my children had hung ornaments on.  With tears running down my face, I realized that there is no turning back now.  There is no more hedging; there are no exits ramps left.  For better or for worse, this is the path ahead.  It is frightening and liberating at the same time.  I think it may be the first time in my life that I am truly all in — Plan A it is.

[Epic epilogue: We were talking in the car tonight about this blog post and the move, and I said something about our move to Planay.  See, our hameau (village) is Chamberanger, but our commune (“city”) is Planay.  Say Planay like a Southerner — Pla-Nay… Plan-nay… Plan-A.. I’M MOVING TO PLAN A. Most cosmic coincidence ever.]